I had a hard time falling asleep on Saturday night because as always, I was worried about waking up on time.

Luckily, I woke up right when my alarm went off 6:20 AM. I had two squares of my pumpkin bars with some Kona coffee and read some blogs while I ate. After a teensy bit of stretching, I headed out the door at 7:00 AM sharp.

The race was small enough to be super organized and big enough to make you feel semi important.

It was awesome that the start of the race was in a shopping center because a lot of the nearby businesses were open early and were setting up booths = bathrooms that were not porta potties.

I wandered out toward the start of the race with t-minus twenty minutes to go. When I looked over to my left, my mom was right there! Thanks for coming to the race, Mom! I had my own personal paparazzi for the morning.

Meanwhile, it was freezing out. It reminded me of swim team when I was little and the water on Saturday morning A-meets was so cold during warm-ups. It would only be bad for the split second that you jumped in, and once you got moving, it wasn’t too bad. I wanted to get moving.

Before I knew it, it was time to start.

The race was….uneventful! Uneventful was kind of perfect, actually. I started off forcing myself to chill the eff out with some slower music. It was necessary to be reminded that my goal wasn’t to go fast and try to be someone I’m not – but rather just be in the moment and trot along only for me.

Though it was a relief to know that in my slowness I was alongside couples in serious runner runner-gear who were just as slow as I was. It made me feel like I wasn’t that much of a tool for thinking I was cool runnin’ in my 10K.

I even ended up passing a few people along the way. Thank god I passed the girl running with a giant butterfly clip to hold up her hair and the lady running with an iridescent pashmina scarf draped around her neck.

My music played a big role in my steady pace. During the Purple Stride 5K I barely heard it, since I was slightly blackout from all the adrenaline of my first race.

The course wasn’t the most glamorous, as it  winded us through a business park, but the rolling hills advertised on the race website were actually legit painless rolling hills. And best of all: mile markers this time.

I got excited about halfway through when I saw the fast guys and the leaders sprint past me running in the opposite direction. They were so fast! It felt like I was observing the people I’ve been reading about and pretending I know.

I figured the next turnaround in the race loop must be coming up soon. I sped up a tiny bit and a few people started walking. Ok…where was this stupid turnaround?

A mile and a half later, I finally came to the turnaround and started getting tired [four and a half miles.] The only “I want to give up” moment came when the one and only actual hill of the race surfaced at mile five and a half. I used one of Janae’s theories on hill running to get up the damn thing: pump your arms faster – your legs have to to follow!

I probably had a little too much still left in the tank at the end but I’m still happy, since I met my #1 goal of this race. 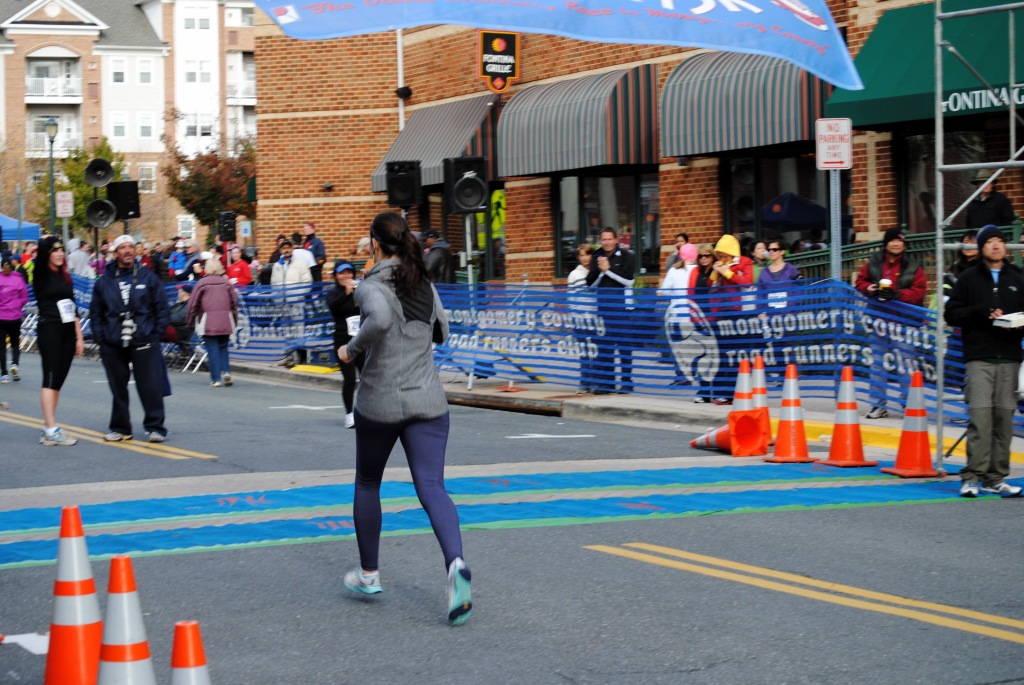 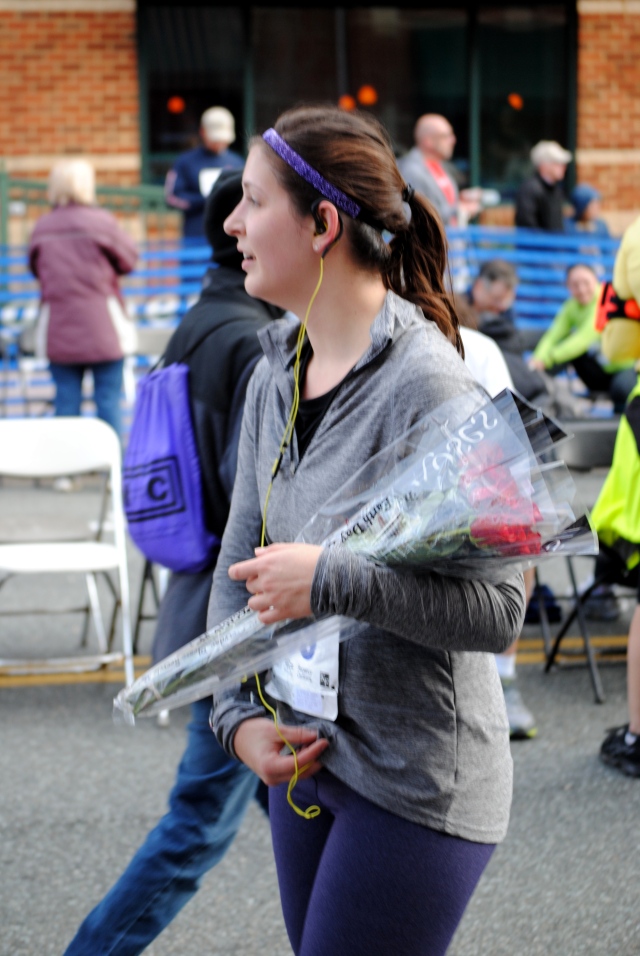 I felt great after the race – tired and glad to stop running, but strong and proud of myself. I actually thought to myself during the run “slow and steady wins the race.”  Dorky…but true for me.

All of my rough splits taken from my watch were gorgeously even.

I love it when breakfast feels well deserved. 🙂

Did you run a race this weekend? Tell me about it!

P.S. The only degree I have is a Bachelor of Arts. I am not a fancy pants expert of any kind. My blog is simply an expression of my personal life experiences and should not be used as medical advice.
Loading Comments...
Comment
×