That’s the farthest I’ve ever run in my life! I’m trying not to care that I ran it as slow as the bologna-smelling grandma on the treadmill next to me probably would or that I took three baby breaks. I took one at the 60 min mark for a bathroom stop and to refill my camelbak and two 30 second stretch breaks at mile 6 and 7. 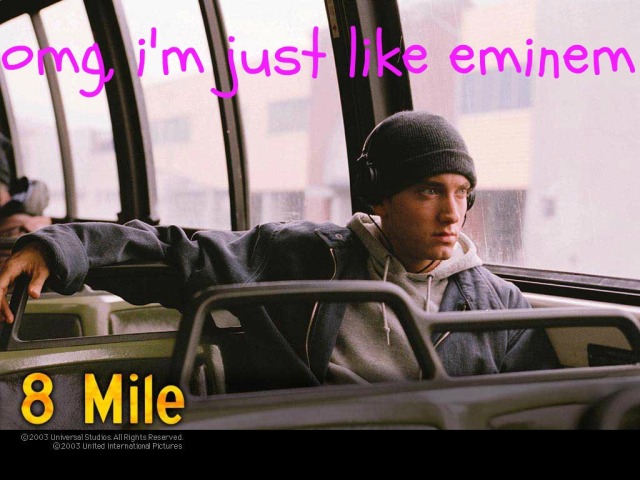 I was also the sweatiest I’ve ever been in my entire life. I looked like I had jumped in a pool and swam around with smug-ass Ryan Lochte.

All in all the run wasn’t too bad, other than the fact that it took me FOREVER to get through it. I kicked off the run with a bottle full of nuun and had another 2 full bottles of water during and right after the run, along with a sesh of…

I had heard from the running blog crazies about the magic of foam rolling but never thought I was runner enough to partake in the FRC (Foam Rolling Cult). I figured I would look like I was flopping around on land with a pool noodle. But when I saw the beautiful onyx roller summoning me from the corner of Crunch after my long run, I had to concede defeat. 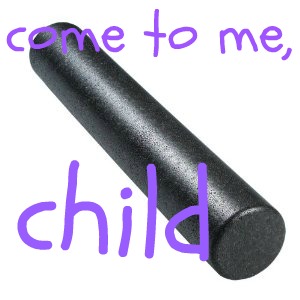 Boy was I glad I gave in.

I rolled my hips, IT bands/quads, hammies, and calves.

Click here for instructions and videos on how to foam roll.

I think it helped because today I have minimal soreness from my ballin’ 8 mile(s). However, the night sweats are back. FML.

Are you part of the FRC aka Foam Roller Cult too?