After my breakfast on Saturday, I stretched a bit and read some of Eat and Run to pump me up.

I could feel that my whole body was super tense from anticipation, so I tried to channel Scott’s running zen. It didn’t quite work.

My team came to pick me up at 8:40am. Frederick is about an hour away from my apartment, so we figured with our start time being at 10:40am, we wouldn’t need much more than an hour at registration, bag drop, etc before the event.

As we got closer to our exit, traffic abruptly came to a stop. We were bumper to bumper with other cars (many holding Tough Mudder alums wearing their orange headbands proudly!) and I started to slightly freak out. My OCD self went into panic mode. WTF happens if we miss our start time?

Luckily, TM texted us before I could hyperventilate.

After that, I wasn’t stressed anymore – just annoyed. And I started to really have to pee. As Tuna calls it, I was reaching _____ % critical mass.

My BFF teammate Chutes reached 100% critical mass before I did and shot out the car, acted like he was warming up, and promptly stopped on the side of the road to pee in front of everyone. Pointing at him.

I actually have a glorious picture of this event but unluckily for you, I had to force myself to refrain from posting a picture of him doing something illegal on the internet.

Finally, we reached the exit we were supposed to get off at – and it was blocked by cops. WTF, cops?

Thank goodness there were other Mudders in cars around us to frantically shout at to figure out where we needed to go.

Alas, once we arrived, we were greeted by a line of cars waiting to get into the designated parking areas that lasted as far as the eye could see. 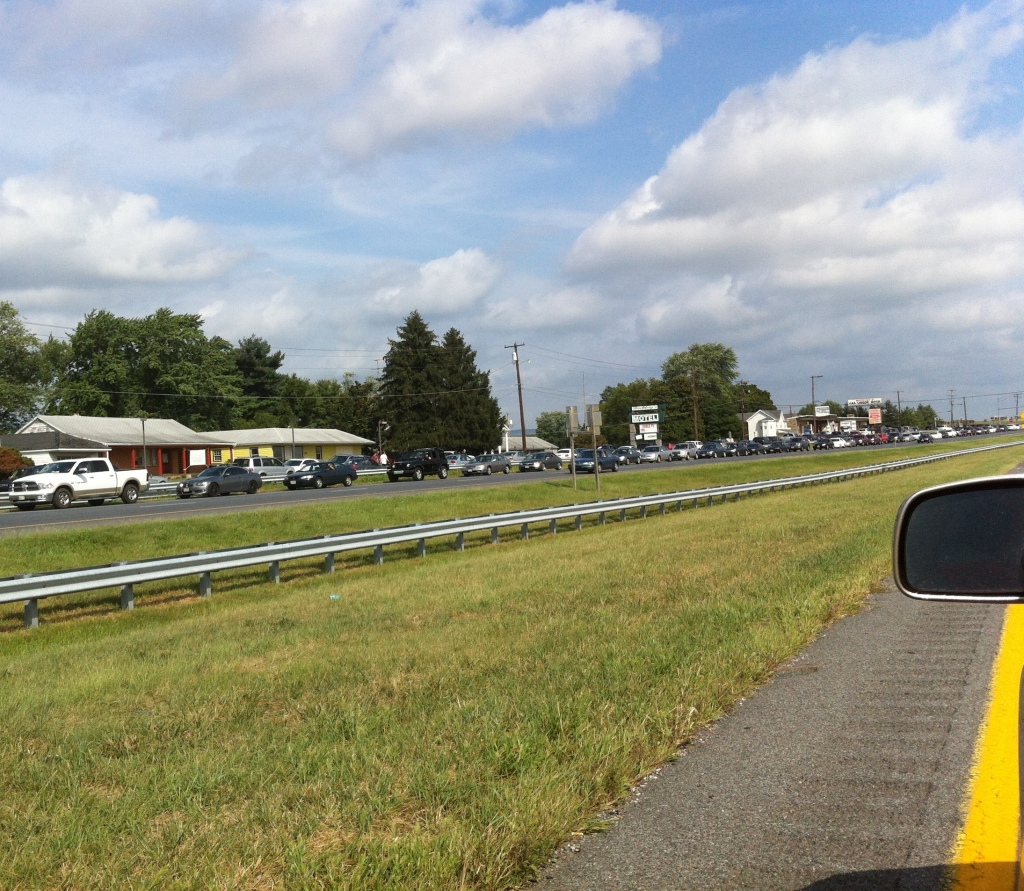 Look how gorgeous of a morning it was! Can’t believe what happened later…

We ended up defying authority and parking about a half mile down the road next to a cornfield. Fo’ free! I was a tiny bit worried we would get towed, but fortunately we didn’t.

Once we parked, we wandered off in the direction of the event pretending like we knew where we were going. Because we didn’t enter near the designated parking area where we were supposed to, we took a “short cut” with many other Mudders trying to find their way to registration.

As we kept walking, I was horrified how far we were going (through the course, in mud, over streams) to the starting area. We walked for at least twenty minutes in the heat! It was exciting to get a preview of the event and some of the obstacles, but I started to freak that I was wasting my energy!

Once we strolled over to the starting area, everything went much smoother. Registration was a breeze, the bag check was perfect, and we had our bib numbers sharpied on our foreheads and arms.

I ran over to the restrooms to make one more bathroom stop before the start in a nearby porta-potty. There weren’t any lines which was nice, but there wasn’t any toilet paper left! WTF: no TP.

Our team was finally ready to start the Tough Mudder! Just two hours after our assigned start time… 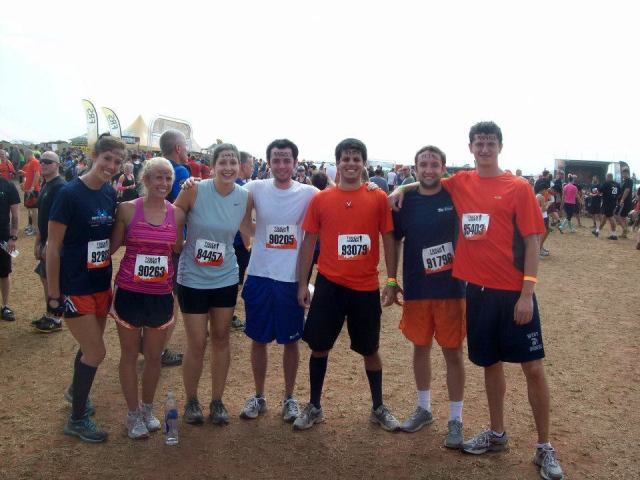 On Sunday, Tough Mudder released a statement of apology on their website regarding the traffic problems and other event issues.

I forgave them. Well, I forgave them for the traffic – not for the ridiculous obstacles and pain that I endured during and after the Tough Mudder.

But oh yeah, I voluntarily paid for it. WTF is wrong with me? I have decided that Tough Mudders are crazy people.

Have you ever been late to a race?

What do you do on the mornings before a race?